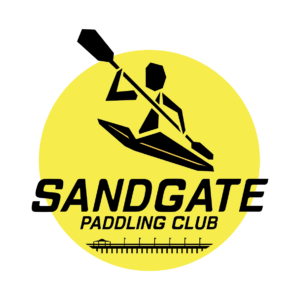 The Wetlands Wander – Marathon Racing at the Home of SCC

Each May, Sandgate Canoe Club hosts the Wetlands Wander. The event draws a wide range of competitors – often more than 150 – from all over South East Queensland and Northern NSW, who test their mettle in the safe, beautiful reaches of Nundah and Cabbage Tree Creek.

The Wetlands Wander attracts a range of craft, including single and double K’s and TK’s, open skis, SUP’s, sea kayaks and outriggers.

In its traditional format, the Wetlands Wander consists of a 6km loop course which winds through the Wetlands. Paddlers can choose to compete over 6km, 12km or 18km distances within their gender, class and age category.

In 2017 a new event has been introduced to encourage the youngest paddlers to test their skills and fitness: Juniors aged 12 and under are invited to contest a beginner-friendly 3km loop course.

Competitors for the Wetlands Wander assemble for briefing and launch from the VMR facility on Allpass Pde, Shorncliffe.

Generally the start/finish line is in front of the Yundah St Boat Ramp, which is an excellent vantage point for spectators. The race is well supported by the local Sandgate/Shorncliffe community, who converge on the Cabbage Tree Ck foreshore to watch the action!

Nominations for the 2017 Wetlands Wander are NOW OPEN. We welcome paddlers of all ages and stages to join us!